Welcome to the stories that made the Heugh. On this page we feature guest blogs where we highlight histories that bring the Battery to life.

This is the story of Adjutant William Avery, told by his grandson J.A. Gilman.

In the 1880s young William Avery, a fisherman from Mevagissey in Cornwall, broke his leg out at sea and as a consequence had to seek another, land-based career. Being a Salvationist, William decided to apply to become a Salvation Army officer and submitted an application to their Training College in London, only to be told that, as a disabled man, he could not be admitted. Undeterred, he packed his possessions into a suitcase, bought a one-way ticket to London, deliberately left his walking stick on the train, and presented himself to the Commandant of the Training College. On being reminded that he’d already been rejected, William told the Commandant: “God has called me to be a Salvation Army officer; who are you to defy His command?” The Commandant, apparently, felt quite up to this task, and told William to return home.

Instead, he camped out on the floor of one of the rooms in the College, each day confronting the Commandant with the same request until finally, perhaps out of exhaustion, he was given permission to enrol as a student officer. After being commissioned as a Lieutenant, William Avery met and married a young lady from East Anglia, Julia Redding. In the course of his subsequent career, spent mainly in the North East of England in towns including Spennymoor, Consett, Tow Law, and Gateshead, he fathered a family of 6 children (one of whom, sadly, died in infancy). In 1914, now with the rank of Adjutant, William was given command of the East Hartlepool Salvation Army Corps together with accommodation in an ‘Army’ house at no. 7 Victoria Place, on Hartlepool’s Headland.  It was to prove a fateful move. 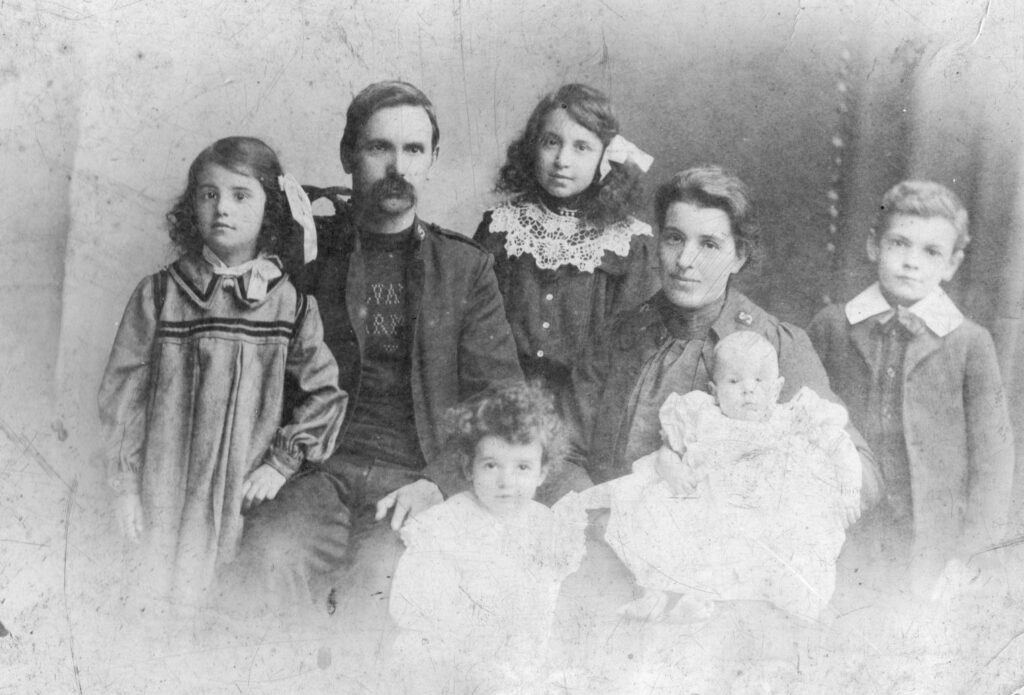 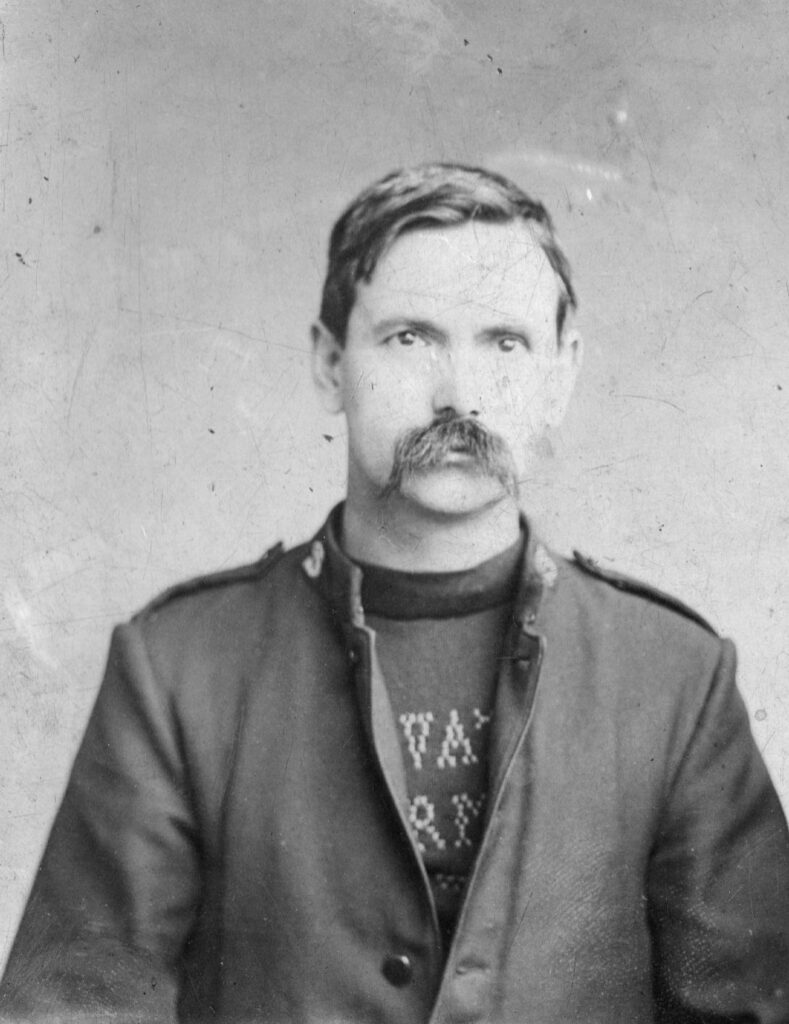 On the 16th December that year the German Navy bombarded the artillery emplacement at Hartlepool’s Headland. A shell demolished the upstairs part of 7 Victoria Place, killing William Avery who was working there while his family were sheltering downstairs. His death, as one of the first British civilian victims of the Great War, made headline news in the National Press and was reported as far away as Sydney, Australia. His devastated widow and their 5 children, the youngest of whom was only 10 years old, were looked after by The Salvation Army. The Adjutant was accorded a civic funeral, his body being transported  to the local Cemetery on a gun carriage through streets lined with soldiers. The Mayor of Hartlepool led the mourners, while the funeral service in which, by Salvation Army tradition, the Adjutant was deemed to have been ‘Promoted To Glory’ was led by the ‘Army’s’ most senior officer. On William Avery’s grave in the Cemetery are the words: ‘He Died At His Post’.

Mrs. Avery, together with her children among whom was my own mother, then aged 12, was transferred by The Salvation Army to Walthamstow in London to begin a new life in which, in due course,  4 of those5  children were destined to become Salvation Army officers. And Destiny herself was at work in all this tragedy. Had my grandfather, William Avery, not been killed, his family would not have moved to London, my mother would  never have met my father, and I would never have been born. Nor would my own four children, including my first-born son, Adam   His birth date?

The second of our posts is by R. Langham, Durham Pals.

The Durham Pals living history group was set up to portray the 18th Battalion Durham Light Infantry, set up as a Service or Kitchener Battalion during the raising of the New Army in September 1914. Known as the ‘Durham Pals’, the unit was still in training in late 1914 when a company-sized unit of men who had had the most rifle practice along with the machine gun section were dispatched to Hartlepool on coastal defence duty owing to the fear of invasion. Together with the men of the Durham Royal Garrison Artillery (Territorial Force) at the Heugh and Lighthouse batteries a detachment of Pals were at the headland when the bombardment occurred.

The first British soldier killed on home soil by the enemy in the First World War was one of the Durham Pals, and other Pals were killed and injured that morning. It was a major event in the history of the unit, who later served in Egypt before arriving on the Western Front where heavy losses occurred on the first day of the Battle of the Somme. The Durham Pals continued to fight on the Western Front for the rest of the war and were disbanded soon after.

For the Durham Pals living history group to take part in the bombardment ceremony annually since 2011 is not only very apt with the links to the units history, but an honour. The ceremony and the Heugh Battery museum means we are able to pay our respects and help keep the memory alive of the bombardment, the Durham Pals and the other armed forces units including the Royal Navy who tried desperately despite heavily overwhelming odds to defend the Hartlepools that morning. 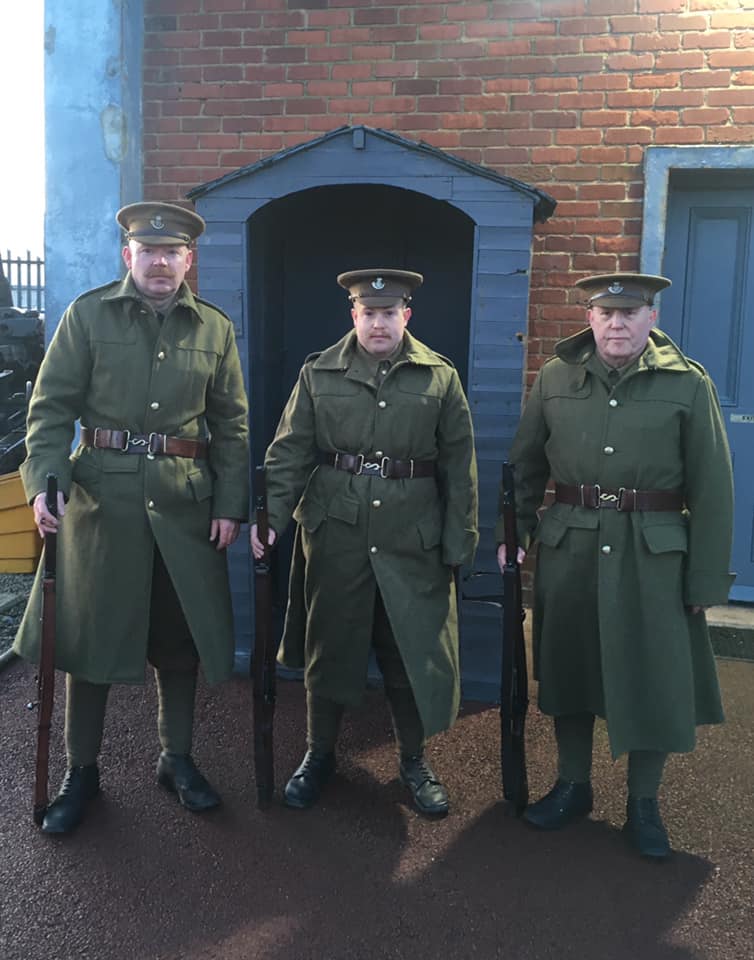 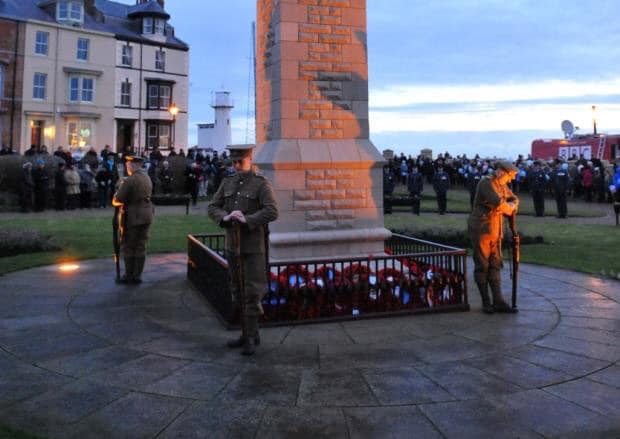 The Only First World War Battlefield in the UK

You can find out more about which cookies we are using or switch them off in settings.

This website uses cookies so that we can provide you with the best user experience possible. Cookie information is stored in your browser and performs functions such as recognising you when you return to our website and helping our team to understand which sections of the website you find most interesting and useful.

Strictly Necessary Cookie should be enabled at all times so that we can save your preferences for cookie settings.

If you disable this cookie, we will not be able to save your preferences. This means that every time you visit this website you will need to enable or disable cookies again.